The American Library Association’s prize for picture books. The 2020 Caldecott Medal winner is The Undefeated, written by Kwame Alexander and illustrated by Kadir Nelson.  Previous winners include, Hello Lighthouse written and illustrated by Sophie Blackall, Kitten’s First Full Moon by Kevin Henkes and The Three Pigs by David Wiesner. 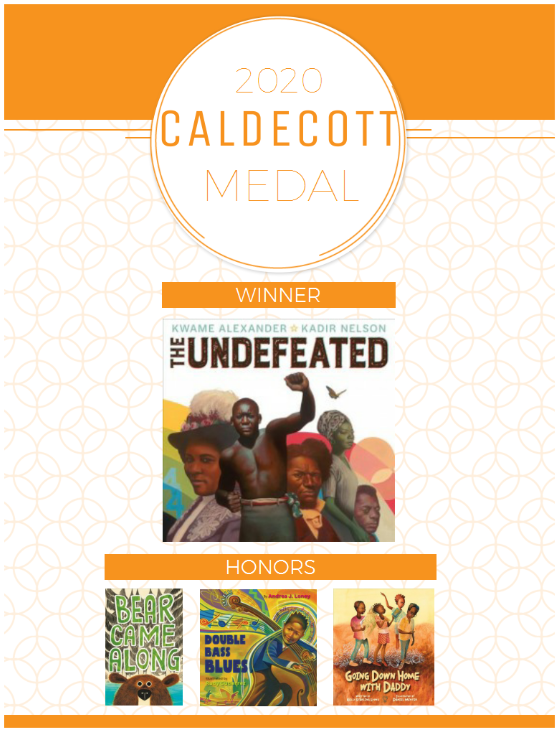 American Library Association’s prize for distinguished children’s book.   The 2020 Newbery winner is New Kid, written and illustrated by Jerry Craft.  The 2019 Newbery winner was Merci Suárez Changes Gears, written by Meg Medina.  Other past award winners include Neil Gaiman’s The Graveyard Book, Bud, Not Buddy by Christopher Paul Curtis, and The Tale of Despereaux by Kate DiCamillo. 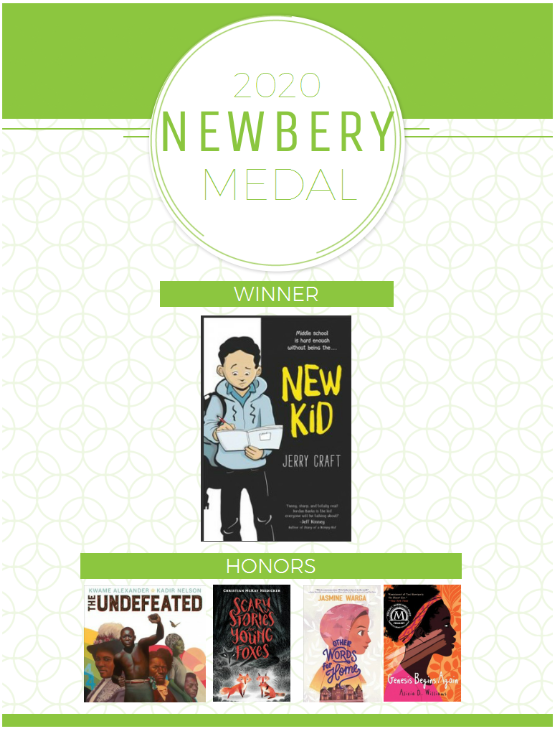 In the summer of 2002, several past presidents of ISLMA discussed the need for a K-3 children’s book award. The ISLMA Board established a work group to investigate creation of such an award. In April 2003, ISLMA approved the establishment and support of The Monarch Award: Illinois’ K-3 Readers’ Choice Award.The Monarch is designed to encourage children to read critically and become familiar with children’s books, authors and illustrators. The program is open to all K-3 age children in Illinois.

The award is designed for students in grades 3-5 who are ready for longer titles than found on the Monarch list, but not quite ready for the sophistication of some of the Rebecca Caudill titles. Named in honor of Big Bluestem which is the state prairie grass, the award may include both timeless classics and current titles, as well as books that have appeared on Monarch and Rebecca Caudill lists.

The Rebecca Caudill Young Readers’ Book Award is an annual award given to the author of the book voted most outstanding by students in grades four through eight in participating Illinois schools. The award is named in honor of Rebecca Caudill who lived and wrote in Urbana, Illinois, for nearly 50 years. The award is given in recognition for her literary talent and the universal appeal of her books which have touched the hearts of many children and young adults.

This award is given to African American authors and illustrators of outstanding children’s books. The award is named in honor of Mrs. Coretta Scott King’s lifelong commitment to equality and peace. Past years winners include the book, My People with poetry by Langston Hughes and photographs by Charles R. Smith, and Copper Sun by Sharon Draper.